Kobe is the capital of Hyogo Prefecture with its population of about 1.53 million, designated by government as one of twenty major cities in Japan. Located between the sea and the Rokko mountain range, Kobe is also considered as one of Japan's most attractive cities for both domestic and international tourists.  Kobe has also been an important port city for many centuries, and was among the first to be opened to foreign trade in the 19th century.   In 1995, Kobe was hit by the Great Hanshin-Awaji Earthquake. Today the city has been recovered completely from the disaster, and few signs of the terrible event remain now. Kobe is home to many attractions: Arima Onsen, one of the oldest Hot Springs in Japan; The "ten-million-dollar night view" from the top of Mt. Rokko; Akashi Kaikyo Bridge, the longest suspension bridge in the world; Kobe beef, the world-famous melt-in-your-mouth beef; Sake breweries, where you can see how sake is produced. Kobe is close to three airports in the Kansai area (Kansai International Airport, Osaka International Airport, and Kobe Airport) and has a Shinkansen station (Shin-Kobe), offering excellent access, from both international and domestic locations. 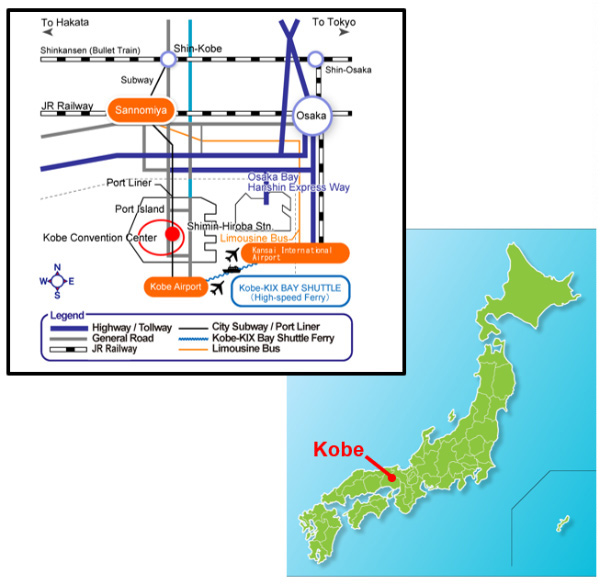